Thanks to all who voted in this poll! I started to feel like it was time to start a Space Marine fleet. Because I had neglected the Emperor's finest for a long time, I thought I would do more than just buy a fleet; I want to start 2.5 fleets. Let's talk about the poll first.

I have been reading all over the place about how to change the poll bar color to no avail. Anyways, the chapters that are on the list are chapters I have some interest in making a fleet for; some more than others. Also, I had an idea for a Chaos Space Marine fleet  as well. Most of these are from the Badab War 40k history, something I highly enjoy.

Let me make a comment on the different chapters listed...
Raven Guard: These guys have been my favorite first founding Space Marine chapter for a long time. I enjoy their loyalty but also their not so in your face offense. They strike quickly, attacking the weak point, and then pull back, leaving the victim wounded. Also, Black is the best color. You should see all my t-shirts (nevermind almost all of them having a metal band logo on them...).
Raptors: These are a 2nd founding Raven Guard ancestor. Their story-line is awesome. I like the drab green and I especially like their tactics. They are much like Raven Guard but they are less close combat oriented. They are carry out brutal and fast hit and run attacks but they usually avoid close combat; they prefer close range firefights. Also, they are really tricksy.
Carcharodons: These are the big, bad, Uruk-Hais of the Space Marines. Ruthless, heartless (just read about their dealings with the Mantis Warriors), and mysterious. Opposite of of the Raptors (which makes me so happy about the poll results).
Executioners: I am very surprised these guys didn't get more attention. These guys are similar to Space Wolves and are known to be barbaric. I love the metallic blue.
Red Scorpions: I have heard it said that these guys are the Ultramarines of the Badab Wars. I would say that makes sense. These guys are highly religious and devoted to personal purity and the Codex.
Minotaurs: Greek looking, brutal, and awesome. I love the bronze and red combo. I wish I knew more about these guys.
Howling Griffons: I like these guys, especially the color scheme. They were number one for a little while, if I remember correctly. They shot up out of no where, from 0 to 8.
Chaos: I am not surprised this got rated so highly. Honestly, I like that they got so many votes.

I am surprised by the results. I had my money on the Red Scorpions and the Raven Guard. 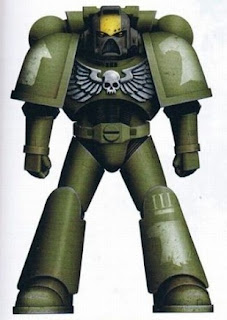 I love the Raptors. This fleet will mainly be able Thunderhawks, Boarding Torpedoes, and guns (duh). I will use the BFG:R Space Marine fleet rules and use the Raven Guard special rules (being an ancestor). 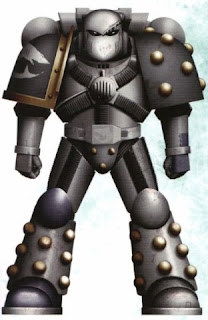 I am afraid of these guys. When this fleet is done, I will not be able to play a game with this guys without consistent death metal blaring. Carcharodons ARE like THIS SOUNDS. YOU CANNOT KILL THEM...... (takes a deep breath and calms down). Their fleet is going to be all in your face guns, less Thunderhawks replaced out for more guns, Terminators, Honor Guard, boarding, you're dead. Nuff said. 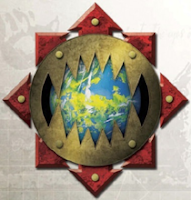 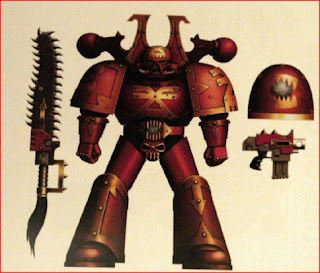 I already have a 3000pt Chaos fleet that is red and gold. I am going to add some Chaos Strike Cruisers to it with some World Eaters markings. 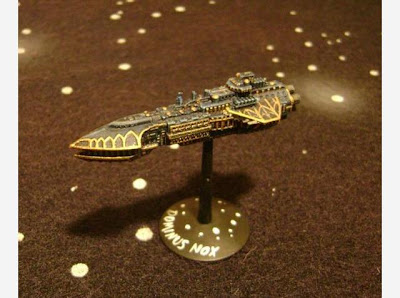 So, pretty much a Chaos Strike Cruiser. Love it. Had to have one. So, I ordered one at the detailed setting pretty much right away and planned to make oh so many copies. Also, I found an amazing coupon for a hobby story in this part of the U.S. for 40% off of one item. So, I decided it was time to make my move and purchase a $70 Alumilite mold making and casting starter kit. I bought it and got to work.
Posted by afterimagedan at 8:53 PM