I love the rules for the Demiurg fleet in the BFG:R latest rules (I have a link to the BFG:R stuff on one of the right tabs). The problem is, I don't really want to wait for a long time for the models through Forgeworld and they only really have two of them. SO... I really like the models by Ground Zero Games for the Full Thrust game. When I saw the models for the New Swabian League, the first thing I thought was "those things look like what I would picture Demiurg flying around in." I decided right then that I would like to eventually get a Demiurg fleet with the NSL models. Here are the models that I have matched up relating to size. 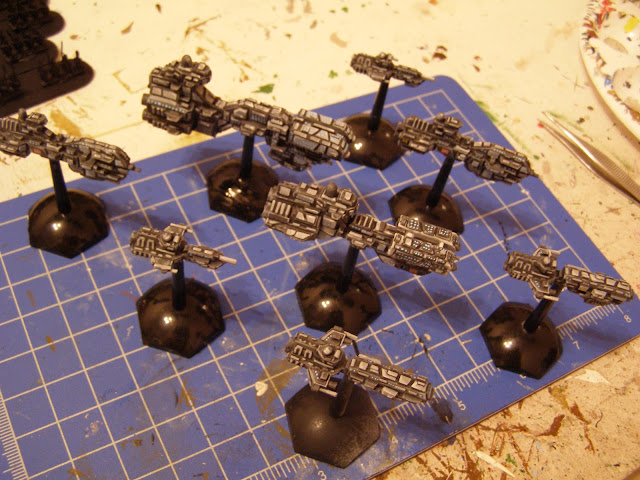 Posted by afterimagedan at 11:19 PM