So, for BFG:R, I have been working on some new stuff for the new Tyranid ships such as the Emergent Drone ship, the Leviathan, and the Juvenile Hive ship. My goal is to use Tyranid models and pieces I already have. I plan to make all my ships on my own and not have to buy the GW models (not that I dislike them or anything...). 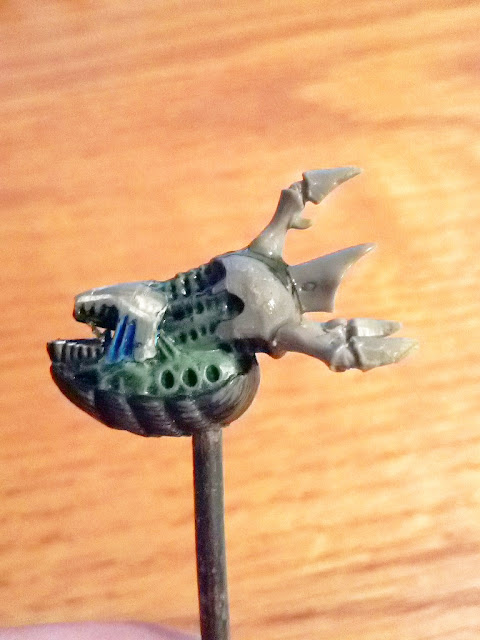 At this point, it is a Carnifex head with some Hormagaunt legs and the tip of a Deathspitter. I will be using green stuff and a hot glue gun for the rest of it. I thought it would be horrible at first, but I like where it's going so far.

Next, the Juvenile Hive: 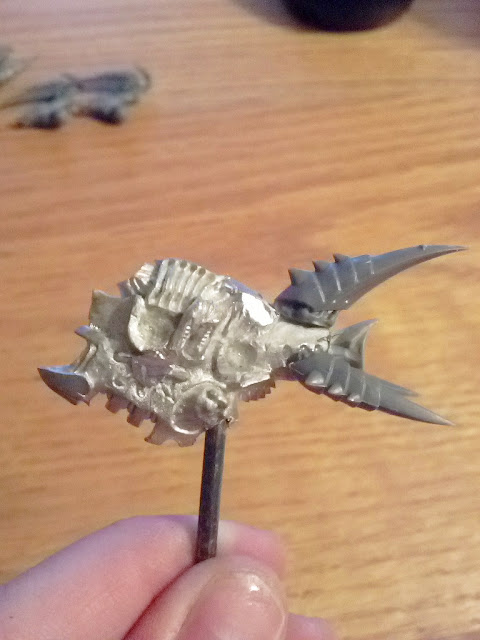 Admittedly, this will need a lot more work than the Emergent drone but I think it will work out with green stuff and hot glue. Its an old biovore with Trygon claws and an old barbed strangler tip.

More progress to come! I am also working on a Leviathan as well. Pictures later.
Posted by afterimagedan at 3:48 PM