Pretty Pictures from the Battle Report that Never Was

So, attempting a battle report with AdMech vs Chaos didn't go so well. Basically, the text file with all the reporting was lost/I did something stupid probably, and I can't find it. Here are some pictures from it just for fun... 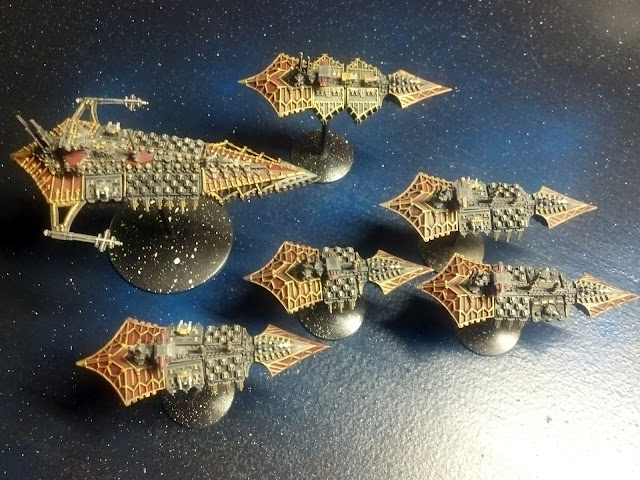 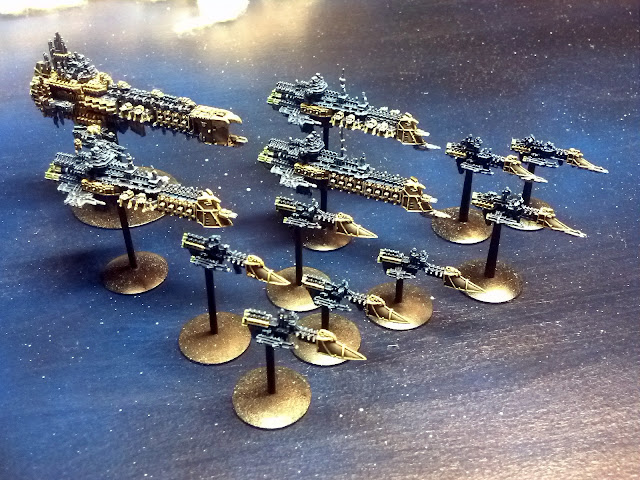 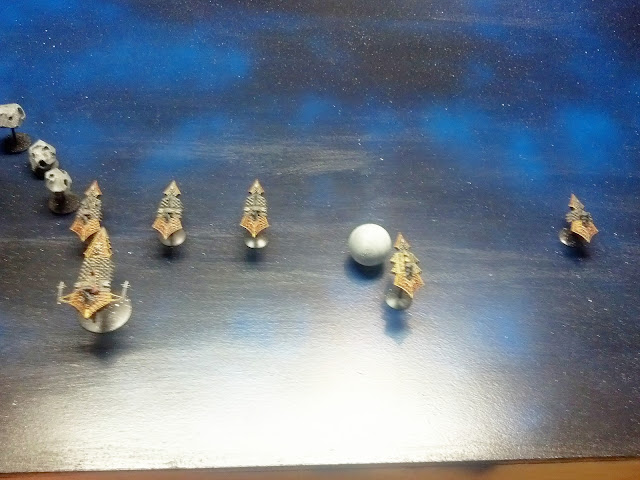 AND JUST WHEN I POST PICTURES FROM THIS "LOST" BATTLE REPORT, I FIND THE TEXT DOCUMENT WITH THE GAME DOCUMENTATION......

"In our Rogue Trader Campaign, we have been incorporating elements of large scale faction space warfare. This is an amazing way to incorporate BFG.  This battle will affect the story line of the campaign. The AdMech are out in the Koronus Sector and are intent on engaging with Chaos.

Relictor fired on Firestorms doing nothing.


Turn 2
(much of the write-up of this turn was accidentally saved over. OOPS. We did out best to write it back up for you)

AdMech
The Lunar Locks on.
The Gothic fails to lock on, uses a reroll, and fails again!

The Lunar and Gothic fire their Nova Cannons and the Gothic's lance at Slaughter 3 and, combined with the Firestorms and the Oberons dorsal and broadside weaponry, reduce it to a hulk! The Swords move in for the kill and the Oberon's Bombers blast toward the rear Chaos ships. The AdMech nova cannons have not had the best of luck so far, even with some good lock-ons.

Chaos
Most ships advance as much as possible and dig in close. The firepower of the Styx, the left broadsides and dorsals of the Relictor, and Carnage 2 reduce the AdMech Tyrant to a blazing hulk! The Relictor fires its starboard weapons at the Firestorms as well as the Heretics weaponry, and the Firestorms are all destroyed. The Relictor fires boarding torpedoes at the Gothic and, along with Assault Boats from the Styx, the Gothic ends up with 2 fires and all sorts of problems."


So, there is how far the game got. Some pretty crazy stuff happened! P.S. I like this style of Chaos fleet: in your face and ready to dominate.

Posted by afterimagedan at 12:29 AM